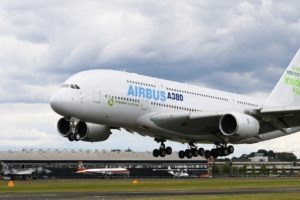 Annexe 1 B 1 (d) of the IHR (2005) requires every airport specifically designated by a State to have or develop within a limited period the capacity to provide safe potable water supplies
for travellers using airport facilities. In accordance with Article 24 (c) of the IHR (2005), all States are required to take all practicable measures to ensure that international conveyance operators keep their conveyances free of sources of contamination and infection, which should include drinking water. However, it is the responsibility of each aircraft operator to ensure that no sources of infection and contamination are found on board.

Health and sanitation aspects of international traffic have been of concern to the World Health Organization (WHO) since 1951, when the Fourth World Health Assembly recommended that all governments should “improve sanitary and environmental conditions, especially in and around ports and airports” (resolution WHA4.80); at the same time, the need for “the sanitary protection of populations in mass movement” was also expressed (resolution WHA4.8l). Subsequent resolutions of both the World Health Assembly and the Executive Board emphasized the importance of maintaining high standards of hygiene and sanitation in international traffic (particularly in relation to the provision of safe water and food and the correct procedures for the collection and disposal of wastes). The annexe to the first report of the WHO Expert Committee on Hygiene and Sanitation in Aviation (WHO, 1960a) was published in 1960 as a Guide to Hygiene and Sanitation in Aviation (WHO, 1960b). Its use was recommended by the Twelfth World Health Assembly to guide health administrations in “fulfilling their obligations under the existing International Sanitary Regulations, especially the provisions of Article 14, in providing safe food for international air traffic, and in maintaining satisfactory control of, and protection from, malaria vectors at airports” (resolution WHA12.18).

The annexe to the first report of the WHO Expert Committee on Hygiene and Sanitation in Aviation (WHO, 1960a) was published in 1960 as a Guide to Hygiene and Sanitation in Aviation (WHO, 1960b). Its use was recommended by the Twelfth World Health Assembly to guide health administrations in “fulfilling their obligations under the existing International Sanitary Regulations, especially the provisions of Article 14, in providing safe food for international air traffic, and in maintaining satisfactory control of, and protection from, malaria vectors at airports” (resolution WHA12.18).

The reports of the Committee on International Surveillance of Communicable Diseases, as adopted by the World Health Assembly, also emphasized the importance of preventing disease through the improvement of sanitary conditions. The relevant articles of the International Health Regulations (1969) (WHO, 1969) laid down sanitation requirements at airports. The provision of criteria and guidelines for the use of administrations in fulfilling their obligations under the International Health Regulations forms an essential part of WHO’s functions.

In 1974, the Twenty-seventh World Health Assembly, “believing that, in view of the growth of international traffic, continuous attention should be given to the safety of food and water and the handling of wastes in such traffic”, stressed “the need for each Member State to clarify the ultimate responsibility for the safety of food and water and the proper handling of wastes in international traffic” and, furthermore, recommended that “Member States coordinate and ensure the close and active participation in such a responsibility of health authorities, port and airport management, aircraft operators, shipping companies, tourist associations, and any other service or agency concerned with international traffic” (resolution WHA27.46). At the same time, the Director-General of WHO was requested to maintain close contact with representatives of international organizations concerned with international traffic with a view to promoting the implementation and coordination of activities aimed at improving the safety of food and water and the handling of wastes and to prepare appropriate guidance for the use of health professionals. The outcome of these activities was the publication of a second edition of the Guide to Hygiene and Sanitation in Aviation, in 1977 (WHO, 1977).

The basic principles of hygiene have not changed significantly since 1977; however, the magnitude of air transport operations has grown tremendously. The number of passengers flying on scheduled airlines rose from 438 million in 1975 to over 2 billion in 2006 (ICAO, 2006), figures that do not take into account charter flight passengers and global corporation business jet passengers, whose numbers are in the millions and increasing every year. Furthermore, the current trend in international civil aviation is towards aircraft of larger passenger-carrying capacity and greater range. The introduction of air services to areas with inadequate public health infrastructures, such as food handling and storage, water supply and waste disposal, creates a challenge for aircraft operators. To protect public health, the application of high standards of hygiene should form an integral part of airport and aircraft operations.

The third edition of the Guide to Hygiene and Sanitation in Aviation (hereafter referred to as “the Guide”) addresses water, food, waste disposal, cleaning and disinfection of facilities, vector control and cargo safety, with the ultimate goal of assisting all types of airport and aircraft operators and all other responsible bodies in achieving high standards of hygiene and sanitation, to protect travellers and crews engaged in air transport. Each topic is addressed individually, with guidelines that provide procedures and quality specifications that are to be achieved.

Airlines are responsible for the food they serve on board aircraft, whether it is prepared in an airline-owned “flight kitchen” or obtained from an independently owned catering company. The steps involved—including food preparation, transport to the aircraft, storage and, finally, serving on the aircraft—need to be well coordinated in order to avoid contamination.

Routine cleaning and disinfection are also important aspects of aircraft and airport operations. In addition, aircraft disinfection procedures following transport of a suspected case of communicable disease are a particularly difficult issue that needs to be addressed by many stakeholders in a cooperative approach; not all effective disinfectants are suitable for use on board aircraft, as they may cause corrosion or other damage to the aircraft structure and contents, or their fumes may be noxious to inhale in an unventilated space. WHO, IATA, aircraft manufacturers and ICAO are the main organizations involved in determining a suitable disinfection process at the international level.

In addition to the responsibilities of the individual stakeholders (aircraft and airport operators, ground service providers, etc.), several international bodies, such as the International Civil Aviation Organization (ICAO), the International Air Transport Association (IATA) and the Airports Council International (ACI), play an important role in protecting the health of passengers and crew.

European Organisation for the Safety of Air Navigation (EUROCONTROL)

European Union at the United Nations

Aircraft operators are involved at many levels in the chain of events that provide a hygienic and sanitary environment for air travellers and crew. For example, aircraft operators obtain potable water from numerous sources, and they have to ensure that each source provides drinking-water of acceptable quality. Water transfer is a key aspect of loading water onto the aircraft from the mains supply. The aircraft operator has the responsibility, in concert with the airport and relevant health authority, to ensure that proper transfer procedures are observed.

Ministry of Transport and Civil Aviation

Ministry of Transport, Innovation and Technology

Ministry of Civil Aviation and Tourism

Ministry of Public Works and Transport

Transportation Safety Board of Canada

Department of Civil Aviation of Cyprus

Minister for Transport, Tourism and Sport

Ministry of Transport and Road Safety

The Dutch Safety Board

Ministry of Land, Infrastructure and Transport

​ The former Yugoslav Republic of Macedonia

Aircraft Cleaning provides professional services for commercial, personal, military, and other aviation industries in London and nationwide in the UK.

We provide bespoke cleaning services that fit your aviation business schedule and needs. Our high reputation is approved by positive customer reviews. We are confident that you will most certainly stay with us constantly because you will get a perfect cleaning of your aircraft. 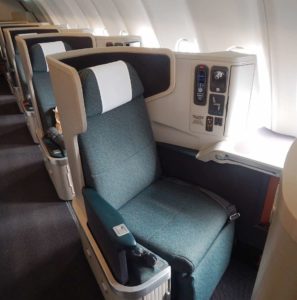 Aircraft Cleaning is based in London city, the company has professional mobile cleaning outlets nationwide in the UK. Our expert aircraft cleaning technicians are well equipped and capable to provide you onsite cleaning service at competitive prices. Because of our low prices and great customers’ experiences have set us apart from other cleaning companies in London. 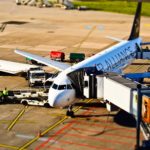 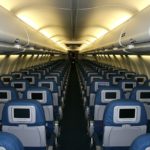 Aircraft interior cleaning also is known as aircraft detailing service is the act of performing a thorough cleaning, restoration, and finishing. Interior detailing involves a deep cleaning of the whole… 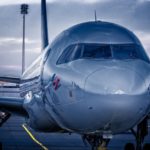 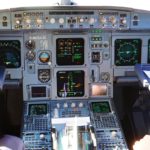 The aircraft cockpit cleaning also is known as the flight deck cleaning service that involves the cleaning of flight instruments panel, controls, navigation display systems, and the surroundings of the… 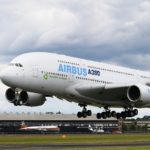